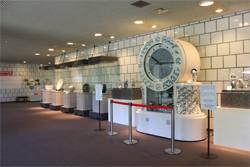 The Kyushu Ceramic Museum collects pottery and porcelains from all over Kyushu, with a focus on Hizen Porcelain. Inside the museum, you will find detailed exhibits related to the history of Kyushu ceramics and the characteristics of each era, as well as artworks by contemporary potters. On permanent exhibition are ceramic masterpieces such as the Hizen Kokaratsu ware, early Imari-yaki pottery, Kakiemon style ceramics and ceramics of the Nabeshima Domain Kiln.

The must-see exhibition “Kanbara Collection” houses an extensive collection of Koimari-yaki adorned with gorgeous decorations, which were exported to Europe from the Imari Port during the Edo era. They fascinated the royalty and aristocracy of the times. Spend one day at the Kyushu Ceramic Museum to become an expert on Kyushu ceramics. 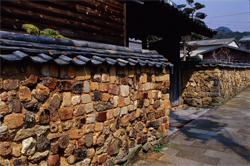 The prosperity brought in by the Arita ware throughout the Edo period nurtured a wealthy merchant culture in Arita, a town where many pottery kilns and merchant stores line up.

Arita's townscape is a blend of Japanese-style townhouses of white stucco and Western-style buildings, together creating a variety of scenery. Take one step into a little back alley and you are immediately caught in its retro atmosphere.

Among these back streets, the one with the "Tonbai wall" made of waste from climbing kilns covered in red soil has a distinctive look. 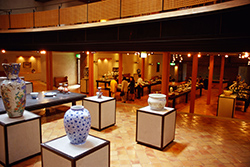 China On The Park is a pottery park located in the premises of the Fukagawa Seiji factory. On the outside, the building has a serene look created by the color of bricks. Inside, you will find on display a treasured pottery collection of the Fukagawa family kiln with nearly 350 years of history.

At the pottery bargain shopping spot, Jikigura, you will find special discounted imperfect products. There is also a corner where you can try pottery painting yourself. Other small shops, such as "Ippai-ya" that sells sake ware, "Sometsuke-ya" with just underglazed cobalt blue ware, "Tsubo-ya"- a vase shop are all lined up. When you feel hungry, the Kurinto restaurant serves tasty Saga beef and seafood from the Genkai Sea in their own original ware. 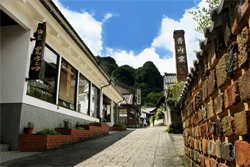 Ookawachiyama used to be home to the Nabeshima Domain Kilns, which produced a number of masterpiece porcelain pieces such as "Iro Nabeshima", "Nabeshima Sometsuke" and "Nabeshima Seiji" under the domain's strict control. Surrounded by mountains on three sides, the area has a distinctive atmosphere of secret kilns, much like a landscape featured in Shan shui paintings. Nabeshima domain Kiln Park reproduces beautifully the old checking station that protected the potting secrets, the remains of ascending kilns such as Okyo Ishi Gama (Sutra stone kiln) and the Kiyohara Kiln, and the potters’ houses.

At the Meotoshi Tower where you can listen to the sound produced by fourteen wind chimes made of Imari-yaki pottery. The clear sound has been chosen as one of Japan's 100 most attractive soundscapes. 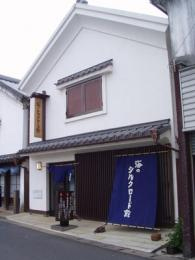 Umi no Silk Road Kan is situated inside one of the gradually disappearing whitewall dwellings, so you can come in contact with the history and culture of Imari-tsu.

The center of Imari city was once known as "Imari-tsu" and was extremely prosperous as the shipping port for all pottery and porcelain produced in the Hizen region. The pottery and porcelain ware shipped out from here would go via Nagasaki's Dejima Island and travel as far as Europe. The name 'IMARI' is much favored amongst royalty and aristocracy and became widely known throughout the world. 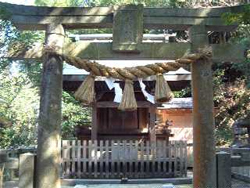 Nakashima Shrine, which is located on the premises of the Imari Shrine, worships the god of sweets, Tajimamori. Many centuries ago, Tajimamori brought back the fruit of a wild species of mandarin orange, Citrus tachibana, from the Chinese continent and planted them in Imari first.

In ancient Japan, fruits were much prized as 'sweets', and the kanji characters were those used for sweets today. That is why Imari is said to be the cradle of sweets. On the premises of Imari Shrine, you will also find a statue of the 'king of sweet-making', Taichiro Morinaga, who was born in Imari.